Sometimes it’s difficult to find the right words when you can’t speak to something through personal experience. Am I qualified? Will I sound foolish? What if I say something uneducated? In the face of extraordinary grief and anguish, the wrong words can be a further injustice. And so, I’ve often believed support in silence is better than voicing an opinion not thoroughly researched and verified—but not now. Amidst the despair, there is a glimmer of hope on the horizon. I hope all of us will contribute to sparking the change.

I, too, am guilty of judging people by their actions sometimes—if only because I put so much weight on my own. It’s easy to question people for seemingly just reposting on social media, but not everybody is gifted with eloquence. What’s important now is that we perpetuate anything but silence. This is grief: that overwhelming, uncomfortable emotion that humans have always had trouble figuring out the best way to express. We all react to it differently. We all grieve, and express our grief, differently. In the face of such darkness, not everyone is going to know how to react perfectly. But don’t let that stop you from reacting.

I did not do anything after Ahmaud Arbery’s murder except despair. I laid in my bed and stared up at the ceiling realizing that I had never had to worry about being murdered if I went for a jog, but that there are people who did. Other human beings who have to worry for their lives if they go to the store, get pulled over, have a cell phone, relax in their own home, simply exist on a daily basis. I am sure a lot of us didn’t do anything either. Should we post something? Sign a petition? Donate? We’re not sure how to make a lasting impact. We think to ourselves, it should go without saying that we support Black Lives Matter. But now is the time it must be said regardless.

Not everyone is going to do it right. Not everyone can afford to donate. Some might say the wrong thing. Some may let their anger simmer, staying silent until they think they’ve found the right words to say. But what matters is that you try and make an effort now. Be kind to one another as we learn, grow, and educate ourselves so that we can shape a better society.

This will be in the history books. When my kids ask, I want to be able to say I did something—anything—even if it wasn’t the exact-perfect-right thing. I don’t want to fail our future generations because I was unsure of how to help, and allowed a surmountable barrier to stop me. Take a little time today to do some reading on systemic racism, to research how you can help and determine which fund(s) you want to support. Now is the time to Google how you can make a difference and maybe feel a little ashamed for not quite knowing yet, but not as ashamed as you’d feel if you didn’t know and never tried to learn.

Sometimes there’s so much to say you feel as though you can hardly speak at all. But that’s the worst thing we could do when we have the privilege of having a voice—one that countless others have had extinguished so unfairly, so unjustly, so unnecessarily. So, let’s start talking. 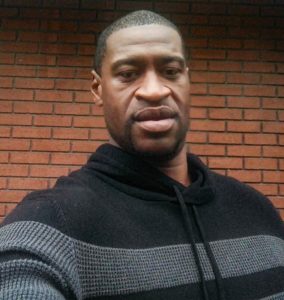 Welcome to the inner workings of my mind. Get to know me, my upcoming projects, and what’s been going on lately—both online and off.